Watson notes on men on rafts

This document was found among Lt Commander Watson’s personal papers in 2015. It shows the number of men on each raft – at the time of the sinking and when the rescue came. 145 men made it to the rafts, but only seventy two were rescued (five of whom died on SS Nishmaha. See also Rafts and Rescue. 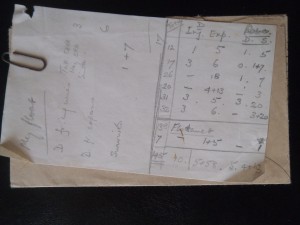