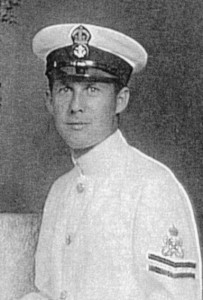 Age 32. Joined in mid 1939. Son of Mrs Elspeth Grant of Tain, Rossshire; husband of Mary Grant. Saw his baby son only briefly twice. Had served in the Far East between the wars, and was involved in the development of direction-finding by wireless. Mentioned in Watson report. Was on watch in or near the wireless office when it was wrecked by the first torpedo. Tried in vain to send a distress signal from the emergency transmitter, which was not powerful enough. Died on a raft on the third day.