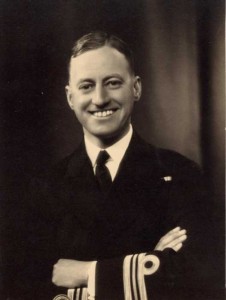 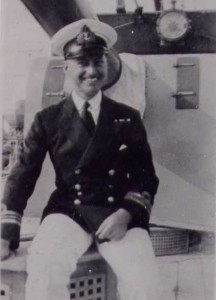 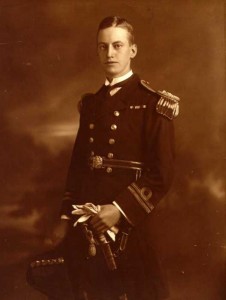 Click here for photos of Lt-Commander Sowdon and his daughter, Anne at the Trafalgar Day Navy March, Melbourne, in 1932

Entered the Navy as a cadet at RNC Osborne, Exmouth Term 1913, followed by BRNC Dartmouth but due to the war went to sea in 1916 as a midshipman of the Australia in the Grand Fleet. After being made acting sub-lieutenant in May 1918, he was in the sloop Snapdragon. During the winter of 1919/20 he attended the junior officers’ course at Cambridge University, and was promoted Lieutenant from April 1920. From the destroyer Wessex he was selected in April 1921 to specialise in submarines. He served in several, and from 1927 was in command of H32. He relinquished submarine duties in 1928 when he became Lieutenant-Commander. He was then appointed to the battleship Malaya until 1931 when he was lent to the Royal Australian Navy (exchange) at Flinders, near Melbourne. From 1934 he served in various ships of the Reserve Fleet, namely the cruisers Hawkins and Dauntless at Portsmouth.

He was appointed to HMS Dunedin in July 1939 where he was the 1st Lieutenant. In June 1941 he was the boarding officer in charge of capturing the German ship Lothringen for which he was Mentioned in Despatches. At the time Dunedin was torpedoed, he was on the bridge and was later seen in the water on a piece of timber. Lieutenant-Commander A.O. Watson, Lieutenant G.E. Milner, and Commissioned Gunner C.B. Titheridge (later Lieutenant) each said that they called to him to join their overcrowded rafts, but each time he chose not to do so. Lieutenant-Commander Watson said that he was a very devout Christian and he didn’t doubt he was not afraid to die, and that they all admired him for his strength of character and devotion to duty.

He left a widow, Monica, and a daughter, Anne. Monica, still living in 2003 (but sadly no longer with us today), had a long memory and a great interest in the Dunedin Society, but she was unable to attend the Dunedin Memorial Dedication in July that year. Anne Randall is an active member of the Society.