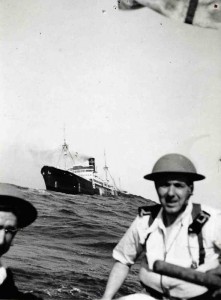 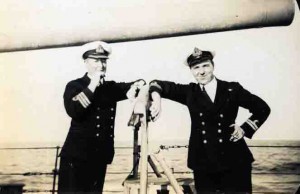 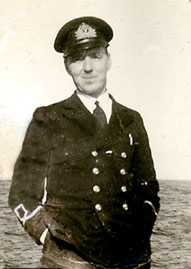 He served his apprenticeship at Cammell Lairds shipyard and sailed as Engineer with the Bibby Line until enlisting in the RNVR in 1939. He served in HMS Victory from 23rd October 1939 to 23rd November 1939 when he joined HMS Dunedin.

He loved the Navy life and joined the RN. As an engineer he was a member of the boarding parties despatched when Dunedin was intercepting foreign vessels. The most notable of these interceptions was the Hanover in March 1940. She was prevented from scuttling herself and was towed to Kingston Harbour, eventually to be converted into an auxiliary aircraft carrier, HMS Audacity. For his part in preventing the scuttling Bill was awarded the D.S.C. He survived the sinking of Dunedin but died before the Nishmaha found the rafts.

He left behind his wife Alice, son Peter and daughter Annette.