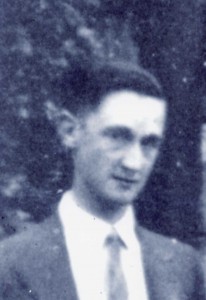 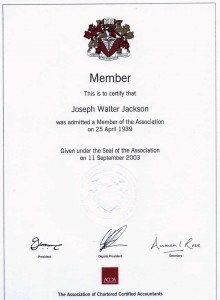 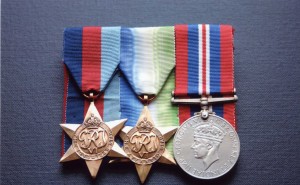 The following biographical notes were written by Joe’s sister, Gwen, in 2003:

Born on 30th August 1916 to Percy and May Jackson of Downham Market, Norfolk

His grandfather had become an accountant and set up his own business in Downham Market and was joined in due course by his elder son Percy. Joe was educated at King Edward VIII Grammar School, King’s Lynn.

In August 1940 he was called up and joined the Royal Navy. He trained as a Telegraphist at HMS Collingwood, Fareham.

On returning from Christmas leave at home, the train left Downham Market for Liverpool Street. As it neared London it became obvious that London was being set on fire. A letter written home the next day – and which is now in the Department of Documents at the Imperial War Museum – gives a graphic account of the night of 29th/30th December, 1940, as he tried to cross from Liverpool Street to Waterloo. This attempt took about 12 hours with virtually no rest. He was sure it would become known as ‘The Second Great Fire of London’.

In April 1941, he joined HMS Dunedin as a Telegraphist. From his letters home, he gave the impression that he enjoyed the job, never ever mentioning the overcrowding or hardships; but always looking forward to his return after the war and to the business he would one day inherit.

Some time during the the summer of 1941, he asked a friend on another ship which also visited Freetown, to take a photo of the Dunedin as she left the harbour. This photo was sent to Stuart Gill by Joe’s sister, and appears in his book “Blood in the Sea” (and is possibly the last ever picture of HMS Dunedin – SG).

It seems unlikely that he ever reached one of the rafts after the explosions.

After leaving school, Joe joined this family business and became qualified as an accountant in 1938. He loved every minute of this and, in addition, managed to help people in various ways. As a member of St Edmund’s Church, he became a member of the PCC.
The memorial to him, in the form of a Book of Remembrance with its case and stand, is in St Edmund’s Church, Downham Market.