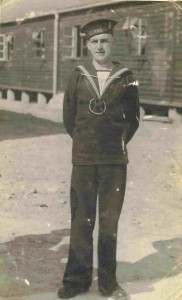 On 13th August 2006, William Witter wrote to the Dunedin Society:

“Further to your recent e-mail, I enclose a photo of William Martin O/S C/JX195340. I have little family knowledge of my uncle, except I know he was a good footballer and represented North St School Hornchurch and played for the district team. At the outbreak of war I believe he was working with his father constructing airfields but then volunteered for the Royal Navy. His sister, Mrs Margaret Stephenson is alive and well and lives at [ ]. I have ensured that my uncle’s name is on the war memorial at Hornchurch church and his photo was on display at his old junior school at their centenary exhibition.”