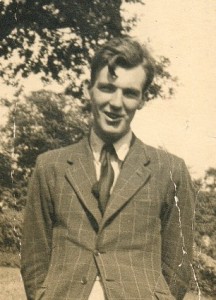 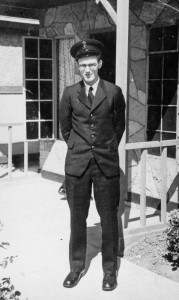 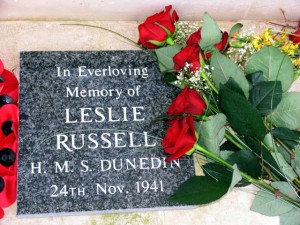 Leslie worked in the Tithe Redemption Commission in London from 1936 and was called up in July 1940 aged twenty. He joined the Royal Navy as a Probationary Supply Assistant, assigned to HMS Royal Arthur in Skegness. He then spent August at HMS Glendower before transferring to the Royal Naval Barracks in Portsmouth. He joined Dunedin on October 4th 1940 in Scotland. Promoted to Supply Assistant while serving in Dunedin. He was a prolific letter writer and was engaged to be married.