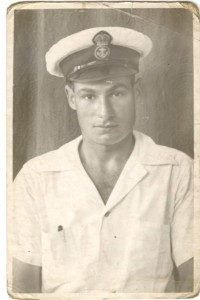 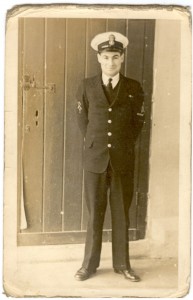 “Clarence Arthur Binley (known as Arthur) was born on 18th February 1921. He had two daughters, Irene and Elizabeth (sadly Elizabeth has since died), and has two grandchildren and two great grandsons, Max and Ted. The tales my Grandad tells me of his time during active service never cease to amaze me.  It was only yesterday (26th Feb 2006) when I found out he had been on 3 different ships which had gone down – HMS Dunedin, HMS Jersey and HMS Swift.  During his service on HMS Dunedin we was Acting Petty Officer.”

New research, in 2015, suggests that Arthur was on the second or third raft to be rescued by SS Nishmaha (see Rafts and Rescue), along with Bertie Jeffreys.