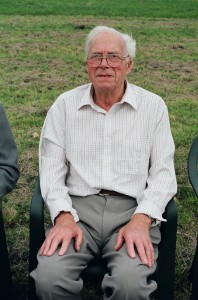 2nd December 2005: We are very sad to report that Les Barter died this week. Les survived the sinking and spent his first night in the water clinging to a gangplank. He clambered onto a Carley raft the following morning and was picked up with the remaining survivors by SS Nishmaha on 27 November. Les was in such bad shape that the crew thought he was dead and laid him out next to five of his comrades who had died after the rescue.

But Les came round and crawled into a shower room and stumbled on a member of the crew. Slowly he recovered and years later Les became a much loved member of the Dunedin Society. We all miss him.